Today, we continue our new Summer Influencer Series!  Each week, we will be highlighting some of the digital world's brightest minds.

This week we are focusing on some of the biggest authorities within the fields of Social Media.  These influencers have been selected due to: a) their outstanding accomplishments and successes and b) to the insight they share and c) their impact on the digital landscape. In short, they are subject matter experts.  You can learn a lot from their successes.

Jessica is responsible for launching a successful social business that combines her website Country Music Chat Live and twitter together.  She has created #CMchats which are held weekly.  These live twitter chats have thousands of users interacting with herself and numerous country musicians.  Jessica also runs Finger Candy Media in which she shares a handful of great social media insight that readers can implement immediately.  Jess has over 1.5 million Google+ followers and 588,000 Twitter Followers.

Mari is widely known as the Facebook marketing expert.  She and has had a ton of success on Facebook within the past few years.  Maris website has a blog full of strong Facebook insight.  She has received a handful of honors for her work and even was featured on Forbes list as one of the top 10 Social Media Influencers.  Mari has also, written a book entitles, The New Relationship Marketing.  She has over 450,000 Facebook followers and 300,000 Twitter followers. 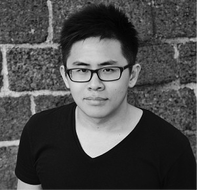 Aaron Lee is widely known for his expertise in all things social media.  He has an influence on Twitter, Facebook, Google Plus, LinkedIn and Pinterest.  He lends his knowledge to the public throughout all of these channels as well as his extremely successful blog, AskAaronLee.  Aaron works for Post Planner where he helps companies generate growth via Facebook.  He also has had some of his writing featured on websites such as The Huffington Post and Social Media Examiner.  Aaron has over 470,000 Twitter followers. 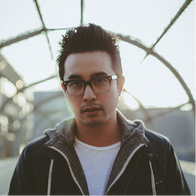 Jonathan is a photographer who has a significant influence on both Instagram and Tumblr.  Jon shoots mobile photos, which engage his followers and expose them to his everyday life.  His photography has been featured in the LA Times, The Guardian and has even worked on a campaign for Ford.  Jonathan was named by Business Insider one of the “Top Instagram Users that Advertisers are Dying to Work With.”  He currently has 23,000 Intagram followers, along with 87,000 Twitter followers.

Eve is the CEO and founder of Social Media Delivered.  Her business is tailored around consulting her clients on how to launch their own successful Social Media platforms.  Her expertise ranges from Twitter, to Linkedin and Facebook.  She has authored a book entitled The Social Media Business Equation.  Eve has 92,000 Twitter followers who she engages daily about all things social media.

Thanks for reading our Summer Influencer Series.  Which influencer did you like the best? Who do you wish we added to the list?  Let us know in the comments below.