LinkedIn Statistics - Who is on Linkedin?

What is a typical LinkedIn user? LinkedIn claims a membership that is growing at a rate of 2 people per second, yet there really is not a typical "user." If you look around, you will find people who work solo and use LinkedIn as the proverbial office water cooler or you might find a multi billion dollar brand leveraging LinkedIn through a company page. 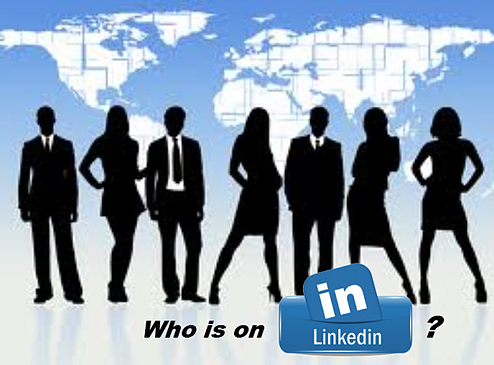 It is very interesting to take a few minutes and review some of the most recent LinkedIn statistics.  Did you know there are almost 3 million businesses on LinkedIn? Did you also know there are 50 million people visiting the site each week? Those visitors are highly educated, making more money than most, and come from countries around the world and industries far and wide. A smart B2B company would realize the potential business they could garner from LinkedIn versus other social media outlets.

The first step to understanding LinkedIn and its marketing power, you need to understand who is on this business networking site first. This will give you an idea of the people with whom you could connect.

Here are some highlights from LinkedIn:


On the surface that sounds like a lot of people around the world connecting with companies and people all over the globe. When you start looking at the details of that information, you can start to see the sheer power available in this business social networking site.


What Does It All Mean

LinkedIn is the website for corporate social networking at all levels of business. Small businesses run out of home can network along side international corporations with offices in cities around the globe. That is a powerful networking tool for businesses who want to connect with potential customers. It is quickly becoming a major source of leads for B2B companies who are smart enough to use it

Simply put, if you are considering leveraging digital marketing for business growth, Linkedin statistics show that this tool needs to be high on your list of digital tactics.

For more tips, be sure to check out our website Catapult Digital Marketing or download our free Catapult Inbound Marketing Methodology for this process.